Webdesk, TNI Dalkhola 14th August, 2017: The Condition of the railway tracks between Malda and Kishanganj has reached a no-immediate-repair situation. The ground under the tracks has been washed away by the river water. Practically, the tracks are now in a hanging condition. The situation is seen on the railway track over River Sudani. On the other hand, the bridge over River Kulik at Hemtabad has washed away furthering worse conditions. 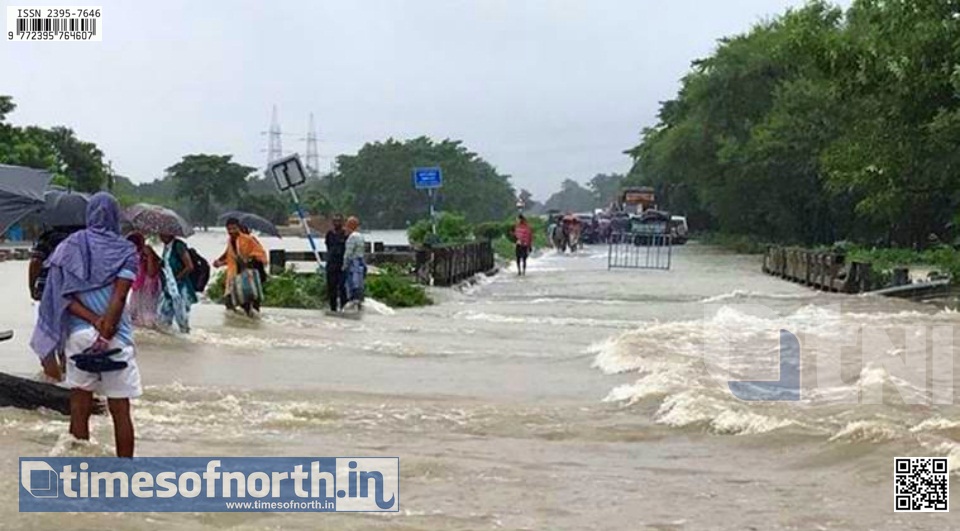 It’s just a one-year-old bridge. Residents are now complaining of bad materials used in its construction. The situation of Dalkhola is also no good. The NH 31 and NH 34 went under water. Henceforth, the connection of North Bengal with the South is completely cut off in the land surface. Railway officials have said of no returning back before August 16th, now it’s the roadways that are also under water. NBSTC had already suspended its services from Siliguri, Coochbehar, Jalpaiguri towards Raiganj or further.