Webdesk, TNI Balurghat 14th August 2017: All the five rivers are almost over flowing in Dakkin Dinajpur District resulting in water entering agricultural fields, villages and even in the urban areas of the district. For the continuous 4 days of rains the 5 rivers i.e. Atreyi, Punarbhaba, Tangon, Jamuna and Ichamoti are in full flow. Among them, Punarbhaba has almost reached the danger mark. However, till now hundreds of people have become homeless. 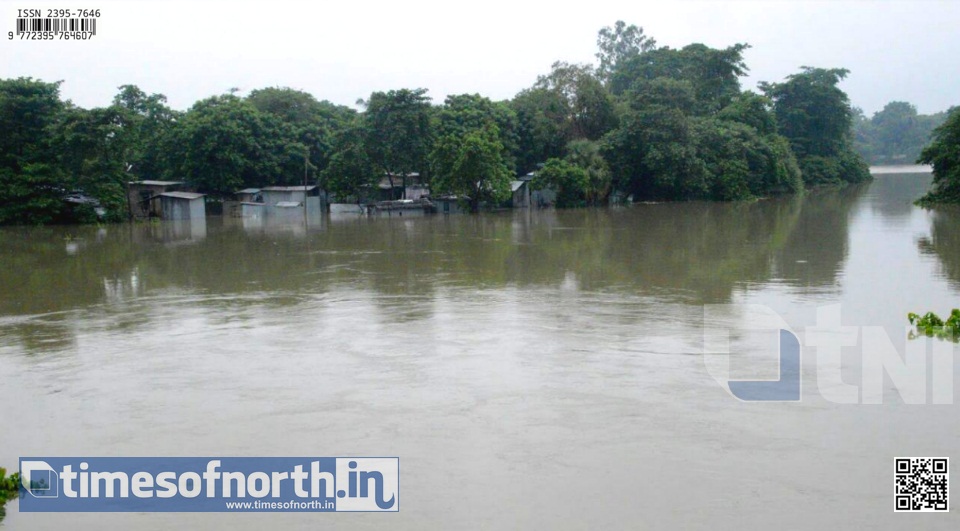 The most affected are Gopal Colony of Ward no. 10, Atreyi Colony, Khidirpur under Balurghat Municipal area. Somewhere there is waist deep water and somewhere the entire house is under water. Residents, like the previous years, blamed the administration because the situation never changed for the last 20 or more years for them. On the other hand, the Municipal chairman Mr. Rajen Shil told TNI that Spars are being made in the rivers covering many areas with the supervision of the Irrigation Department. Some areas adjoining the river are also planned accordingly.