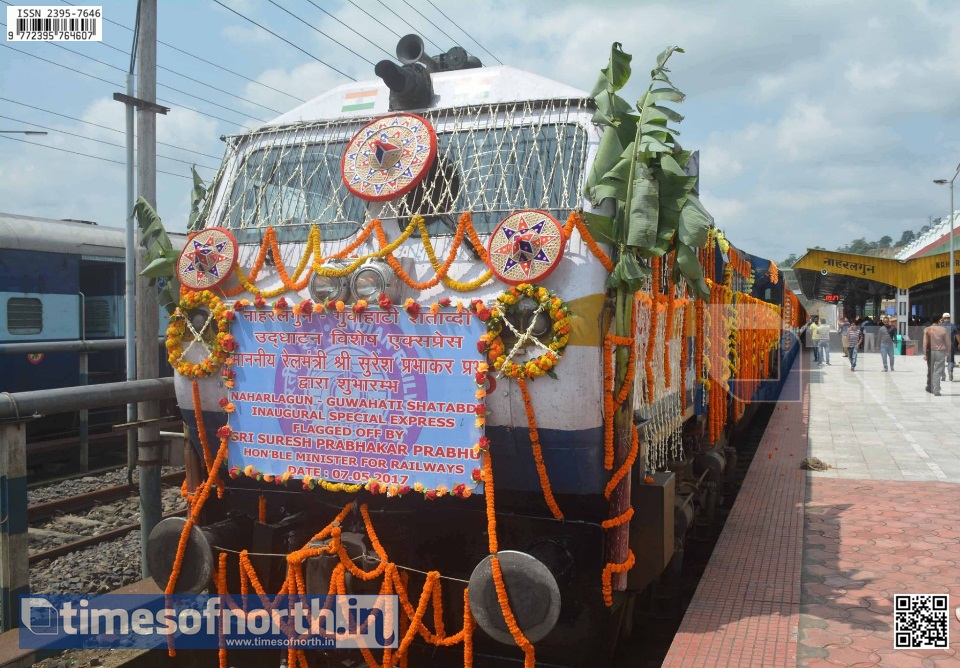 The flagging off was done by a remote through a video link. It is expected that the new train will ease the journey between the two capital cities in a speedier and comfortable way. According to the railway sources, the total distance will be covered in tentatively 6 hours. The base station of the train is Naharlagun from 5 am and will reach Guwahati at 11 am.

During the flagging off ceremony, the Railway minister said the Railway department has speeded up its developmental works in the past 3 years. In the days to come, it will invest Rs. 90000 crore for its growth exclusively in North East India. Apart from Mr. Suresh Prabhu the chief ministers of Arunachal Pradesh Mr. Pema Khandu, Union Minister of State Mr. Rajen Gohain and Union Minister of state (Home Affairs) Mr. Kiren Rijiju were also present in the occasion.