Webdesk, TNI Balurghat 2nd August 2017: With the help of child line 6 Bangladeshi boys were sent back to Bangladesh. The total process was done with the help of the NGOs from both the sides in collaboration with the High Commissions of both India and Bangladesh. All the boys came to India either in search of work or based on mere curiosity to see the land in the other side. All of them were kept at a Government Home named ‘Subhayan’ at Dakkin Dinajpur district’s Balurghat town. 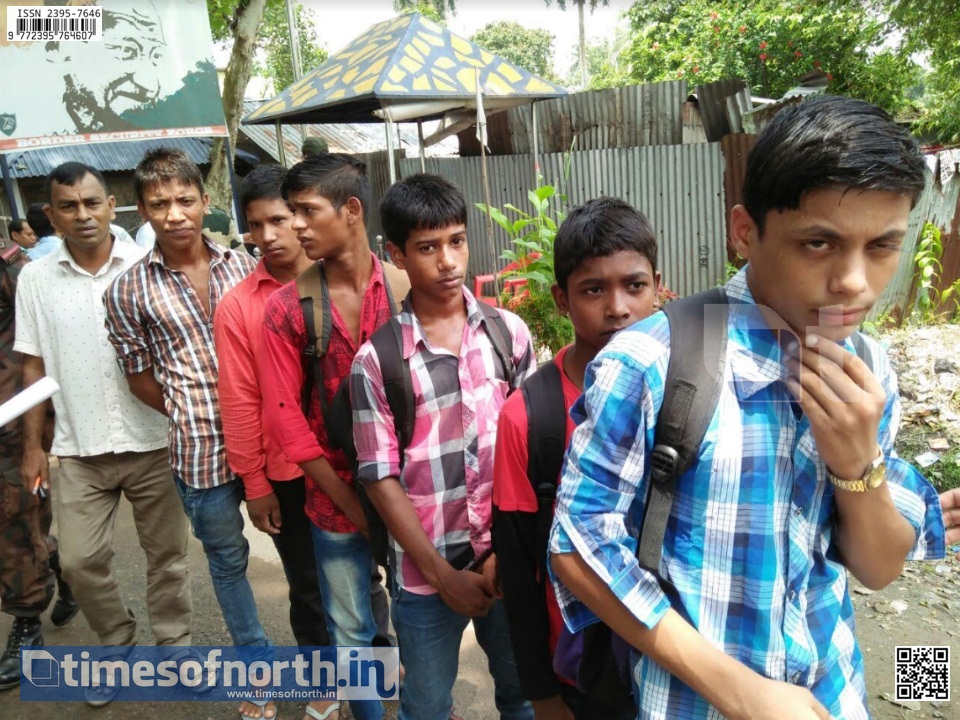 The 6 boys are Md. Nazimul Haq, Swadhin Hussain, Sohan Sheikh, Munna Sheikh, Sagar Chandra Roy and Abdul Rehman. All of them are here for the last 1 year or more. Most of them are the residents of Fulbari Kurigram, Dinajpur and Faridpur areas of Bangladesh. Today they were handed over to their parents through the Hili Immigration Checkpost. In this regard, the Coordinator of District Child Line Mr. Suraj Das told TNI that the boys were ultimately handed over to Bangladesh after covering all the legal formalities. An NGO from Bangladesh has also helped in this regard.