Webdesk, TNI Siliguri 21st May, 2017: Today North Bengal’s model station NJP became a war front allegedly by the yesterday’s State Government Conducted Group D examinees from Bihar. A mild lathi charge was conducted by the GRP and the RPF was done but with no impact. It is estimated that exam candidates in thousands carried out the attack. 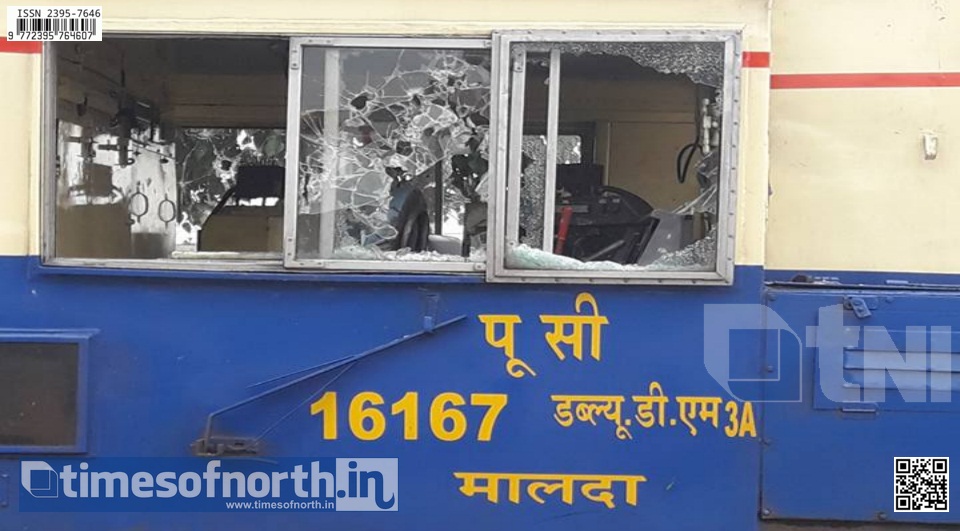 According to the exam candidates, the Government did not arrange some special trains for returning to their homes at Bihar. Even they tried to burn the entire station. The maximum damage was done at the Platform 3 and Platform 4. The coaches and engines of the stranded trains were damaged rampantly. 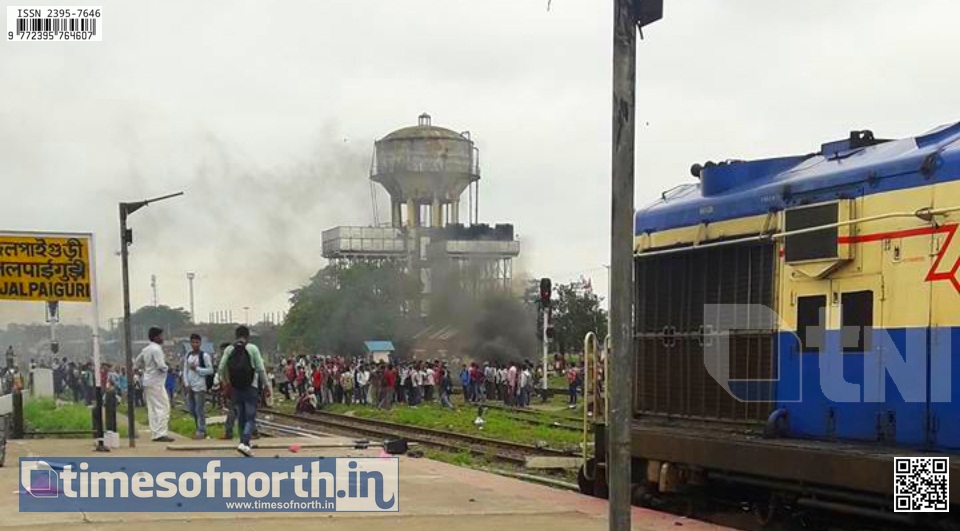 The passengers were also not spared. Railway sources said that a special train is being arranged for the agitating candidates. It is for the first time in recent years that candidates from an outside state carried out such an attack in Siliguri.