Webdesk, TNI Falakata, 13th July, 2017: An agency at Falakata Electricity office allegedly charged more price for products than the scheduled rates. The agency today was appointed by the WBSEDCL for selling LED bulbs, LED Tube Lights, Fans under the Central Government’s Ujwala Scheme at Falakata. People were seen enthusiastic because of the cheap rates offered. However, the enthusiasm became blurred when the agency tried to charge more rate than the scheduled rates. 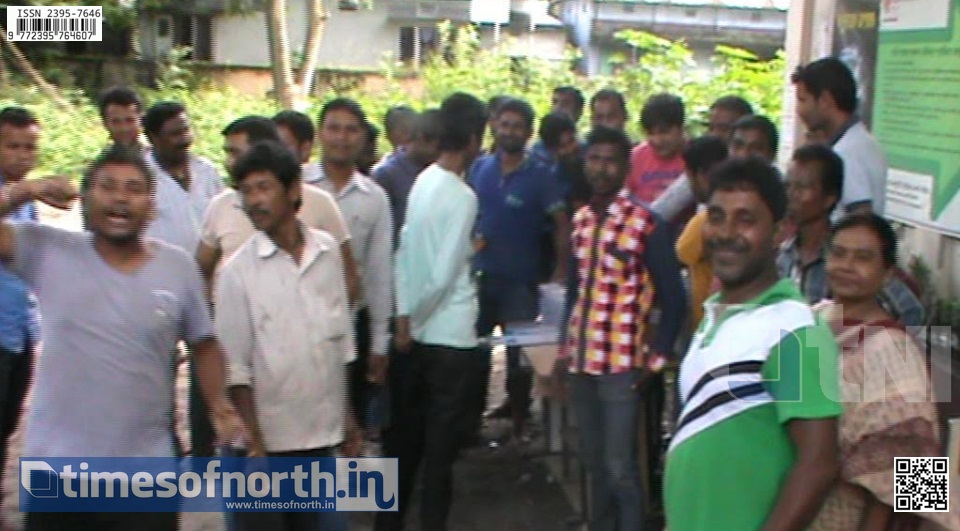 The confusion was created when the agency told customers that VAT and an extra GST was added to the marked price of the Ujwala Scheme electrical products. On questioning that the VAT no longer exists and the Bills are without GST number, the agency people stayed quite. The local people agitated in front of the WBSEDCL office at Falakata and stopped them from selling those items without proper explanation. The officials of the Falakata WBSEDCL office could not be found for getting any reply.